What’s the Point of Compression Clothing

By speterson Last updated May 4, 2017
Omsk, Russia - September 20, 2015: group of athletes running along the embankment during Siberian international marathon
Share 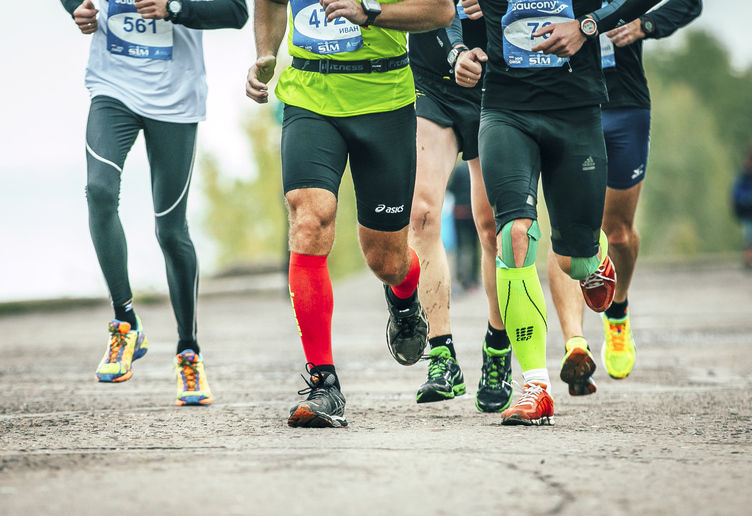 Knee high socks on a hot day? Compression tights? Those look uncomfortable. Those look goofy. That’s just one of those trends that will pass sooner or later. Maybe you have heard, thought, or even said some of these things. Let’s dive in and cut through the myths and misconceptions around compression apparel.

The idea behind this comes from the medical field where compression clothing has been prescribed for patients at risk of blood clots for various reasons, such as sedentary lifestyles, diabetes, and so on. My brother was even prescribed compression socks because he was in such good shape aerobically, that after sitting for a long period of time he would pass out when he stood up due to blood pooling in his feet. Athletes took this concept of increased blood flow and realized that it would lead to more oxygen being available to the working muscles. 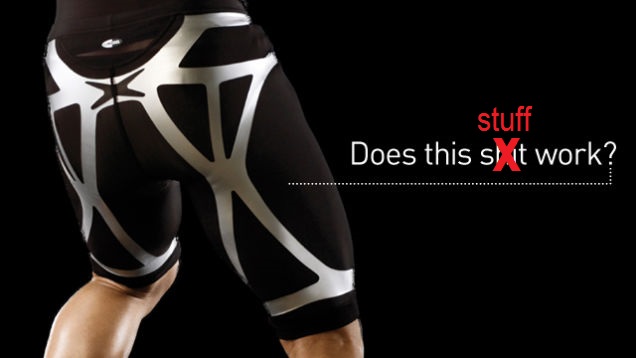 Does It Even Work?
The next question is obvious…do they even work? The answer is not as clear cut as some manufacturers would have you believe. While there are multiple studies on the topic, none of them are 100% conclusive. Some even conflict one another. On the one hand, many of the studies have been done in a lab setting, testing athletes in simulations of various activities of shorter duration and high intensity, such as 5K runs and even rugby. None of these showed a definite increase in performance, but some of them did show a quicker recovery with the use of compression socks or tights.

The most applicable test was performed at the Two Oceans Ultra-Marathon in South Africa. What sets this test apart from the others was that it was performed in a real world scenario, as well as being the only test for a long distance event. The results showed the runners wearing compression socks averaged 12 minutes faster than those without them, and their muscles showed fewer signs of damage than the other runners. The runners were also tested 24 and 48 hours after the race. Those wearing compression gear were further along in their recovery than those without compression gear.

The scientist running the test, Elmarie Terblanche, indicated that the results are probably due to multiple things. First of all, during the race, the socks supported the muscles and reduced the amount of wear and tear throughout the event. Second, the recovery was also aided by this support allowing the muscles to heal in a pseudo soft cast. The final aspect was the increased blood flow, which, in turn, increased the speed of the natural healing functions in the muscles.

The take-away from this is that while compression gear may not give an immediate boost in performance, it may delay fatigue and prevent unnecessary muscle damage in longer events. It also helps speed up the recovery process, especially within the first 24 hours and when used in conjunction with other tried and true recovery methods like foam rolling, ice baths, and elevation.

Should I Wear Them?
Ah, yes. The final question. Should I wear compression gear? Assuming you read the sections above, I would guess you can probably answer that for yourself. While I wouldn’t put them on for the first time on race day and expect a PR (aside from the whole “nothing new on race day” concept), I would say that using compression during and immediately after your long run is a safe bet for increased performance. Recovery is just as important as training. The ability to recover after a hard workout and hit the next one just as hard will definitely increase your performance if done consistently over time. Adding compression garments to your recovery arsenal is a good move if you get some quality gear and use it consistently.

About the Author: Nate is a husband, father, and teacher. When he’s not hanging out with teenagers he can be found swimming, biking, and running around central North Carolina or on twitter @n8deck.