How do you think your preparation during this Olympic quad differs from last quad?
The biggest difference between this quad and the last one was first my Olympic preparation. Last time around I was simply happy to be an Olympian, to be apart of the Olympic experience. Then when I finished a very close 4th place, it made me realize that I was a potential medalist.

Does it help to know so far in advance that qualified for Rio?
We are incredibly fortunate in triathlon, in that, we have an opportunity to qualify a year in advance of the Olympics. In 2012, we had a similar qualification process, and I also qualified a year out. I have realized the value of having a year to prepare for the Olympic Games. It gives you time to process your qualification, to have a nice off season. Then, slowly and gradually, build into peak fitness for the Olympics. Some athletes are able to sustain a really high level of competition throughout the year, I’m the kind of athlete who does well with one specific peak.

How are you going to balance the atmosphere of the games this year but also being prepared for your event?
One of the things I learned from 2012, is that until my race is over, it’s strictly work. So I’m going down there and up until my race, I’m there to do my job, which is to represent myself as an athlete to the best of my abilities. After my race, once I take a shower, and I have a snack, and spend time regrouping after the race…after that, then I get to enjoy the Olympic experience. Now obviously you get a little taste of it when you’re racing because it’s hard to escape the excitement of the Olympic Games during your competition…but I’m definitely looking forward towards the celebratory part afterwards. 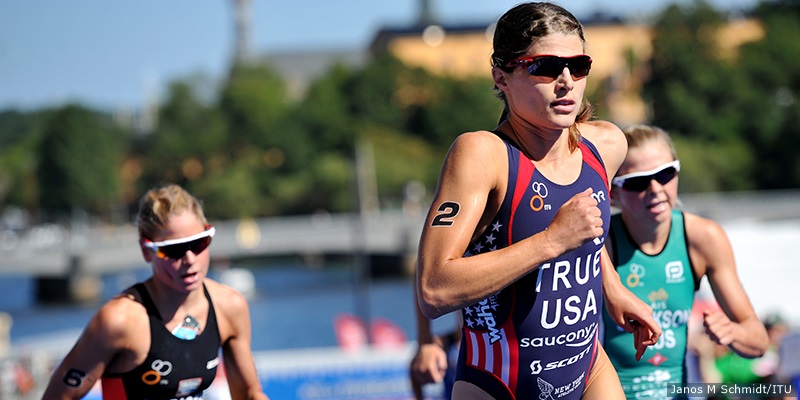 Do you have any personal goals for yourself that you are trying to accomplish at the Games this year?
It’s very strong field, and going to be an incredibly hard race. So I can’t go down with any sort of expectation for results. I do want to go down there and race like as if I am a medal contender. I want to be in the mix, I proved to myself in 2012 that I’m capable of being in the medal mix. Whether or not I come back to New Hampshire with an Olympic medal, that only remains to be seen based on how other people race. If they are better than me on that day, there is not a lot I can do, but if I put everything into the race and put myself into the medal mix, I would be pretty happy.

Since the 2012 Games, what have you learned from that race and how are you applying it to your training for Rio?
I have just gotten stronger, and I’m better. I’m trying to move forward in all three sports, but also I have become a better racer. I think that is the biggest difference in that, going to 2012, I didn’t have that much experience racing for a major podium. Where now, I have a few years under my belt, I have been able to get some podium finishes. I have been in the mix for medals at races. That is the biggest difference- that I have a little more experience with being a medal contender.

How is training different because you know you can now be a medal contender?
It’s all mental. My training going into 2012 really isn’t different, in the big scheme. For my training going into 2016, so much of it is visual representation, so it’s intense as you train. It’s not simply just going out there and doing the training, it’s going out there with a specific purpose. For me, that’s obviously to race to my best abilities. There are times where I’m doing a specific track session and I imagine the finish and being in the medal mix. Hopefully putting myself through series of those mental dress rehearsals over the last few years, allows me to be more prepared for the race in August. 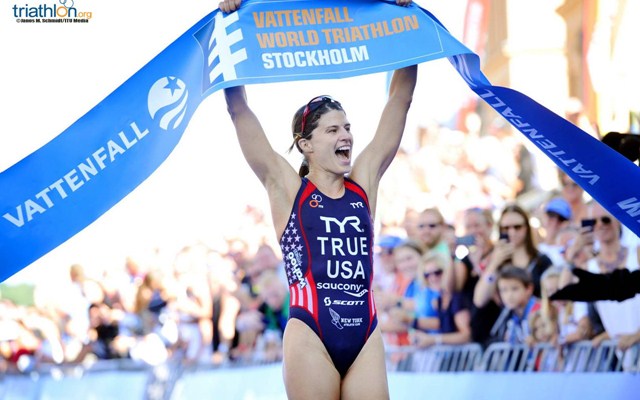 How do make sure you are holding onto that confidence when you don’t have a bunch of races and podium finishes leading up to support it?
The confidence comes from the training, the preparation. One of the good things about being a more experienced athlete is that you know that the results don’t necessarily reflect your abilities. I have gone about my training a different way to be able to peak for August. Sometimes, we have to remind ourselves the long term perspective instead of getting caught up in what my last results were.

How does the Olympics in London differ from the Olympics in Rio?
It was harder to make the Olympic team this time around for the women and men. USAT has done a really good job with the college recruitment program, identifying talent on the women’s side and cultivating talents. Both Gwen and Katie are products of that program, quite a few of the other up-and-coming athletes have been identified and are brought up through this program. So I only expect this is going to continue to happen. It’s really exciting to be apart of a women’s Olympic team that is so strong. We push each other to succeed and I know that I had to find something special last year in order to qualify because I knew how strong the other women were. Having that level of performance, I suspect that we are going to continue to see really good results.