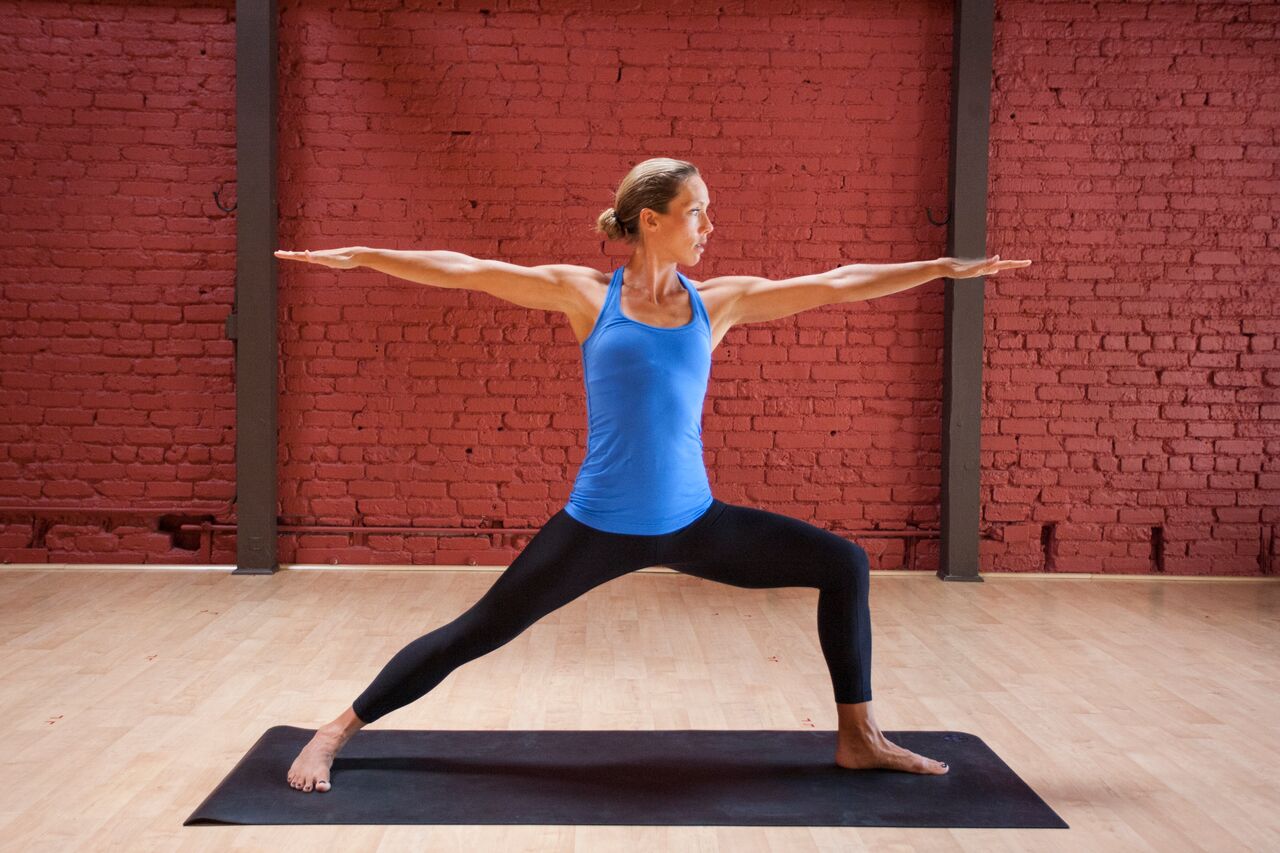 You wake up excited to conquer the day, put your shoes on and head out the door for an aerobic five-mile run. During the first mile your mind is like a runaway train. It sounds something like this, “Alright, I made it outside. Wow, the air feels nice! Hmm, these shoes feel a little weird and there’s this strange twitchy feeling in my right hip. Maybe I shouldn’t do this run today. Yeah, I’m kinda tired. I do have another workout I have to do later…and if I’m tired tomorrow, that’s going to crush my big weekend of workouts.” Your mind is so busy thinking, you don’t even realize you are running. Can you imagine if you spoke all of these thoughts aloud as you ran? Anyone you passed would think you were an absolute nut-job!

Get in The Zone
After mile one though, you start to hear that breath and your feet have created an almost-perfect symphony and you can’t believe it, but a few minutes have gone by where you haven’t tried to quit your run. Something shifted, almost as though you fully committed to the fact that you will run these five miles. You are in a different state. You’ve stepped into “the zone.”

The Yoga Parallel
Let’s compare that first mile of your run to the first 10 minutes of a power yoga class. You step onto your mat excited about the opportunity to win this class. You are a triathlete after all, and you do more exercise in one day than most people do in two weeks. The teacher, in a weirdly creepy yoga voice, calls out downward facing dog and leaves you there as she tells you to notice your breathing, or better yet, perhaps she talks about some nonsense that makes no sense in your athletic world. At this point, you’ve tuned her out and your “I’ve got this” mentality has been replaced by an insane shoulder burn. You quickly remember that you have a killer swim workout tomorrow and are convinced that this down dog, as well as the rest of the chaturangas that are to come, are going to majorly screw up that workout.

You are now sweating, as you think that this yoga session was not a good call for your training. Then to make it worse, you take a big breath in and notice how bad the guy next to you smells. You’re dripping in sweat already and you are only one pose in. “Yoga should be peaceful,” says your thought bubble and you simultaneously curse your yoga teacher because she has ruined your workout for tomorrow…plus you have to endure the smelly guy for the next 50 minutes. All of a sudden, the teacher leads you into a few repetitive postures (called Sun Salutations) and the entire class is moving in unison, connecting each posture with one breath. You’ve somehow stepped into some sort of yogic trance, a “zone” of sorts.

Achieve The Zone
Yoga, like triathlon, has received accolades for the benefits it creates in our bodies and minds. In athletics, the best performances happen when we are “in the zone” – those moments where we get swept up in movement, sport, task or action and time simply flies by. Being in the zone just happens most of the time and we don’t even know how we got into it. The same happens in yoga, but it is something that a great teacher helps you access. Great yoga teachers aren’t focusing only on alignment, where you place your body or perfecting the shape that it is taking, but rather they focus on the relationship we have with the alignment, the shape at that moment – where we are now, not where we think we should be.

Yes, yoga does help us strengthen our muscles and work out the tight spots so that we can support our bodies as we beat them up swimming, biking and running, but more importantly than that, it gives an athlete (or any human being for that matter) a setting to be curious and explore body sensations as well as our minds’ relationship with those body sensations without needing to get anywhere. There is no finish line in yoga. If we truly “get” yoga, we realize it engulfs are entire life. Like anything we try to master, we need to diligently practice it. If we spend a few hours each week practicing this mind-body connection, we will connect better with our bodies and minds as we swim, bike and run during training and racing. We will see patterns and habits not only while we train, but everywhere else.

Get Uncomfortable to Grow
Connection and concentration is cultivated moment by moment in a regular yoga practice in a similar fashion as it is while training; the difference though is there are times when you are not in motion (insert triathlete’s biggest nightmare). Holding yourself somewhere uncomfortable is the most necessary aspect of training to expose us to our biggest potential and our looming blindspots. If you’ve ever taken a yoga class where poses are held in reverence (think Warrior 2) – you’ve probably come head on with your biggest gremlins. Let them be your friends; connect with them and learn from them. 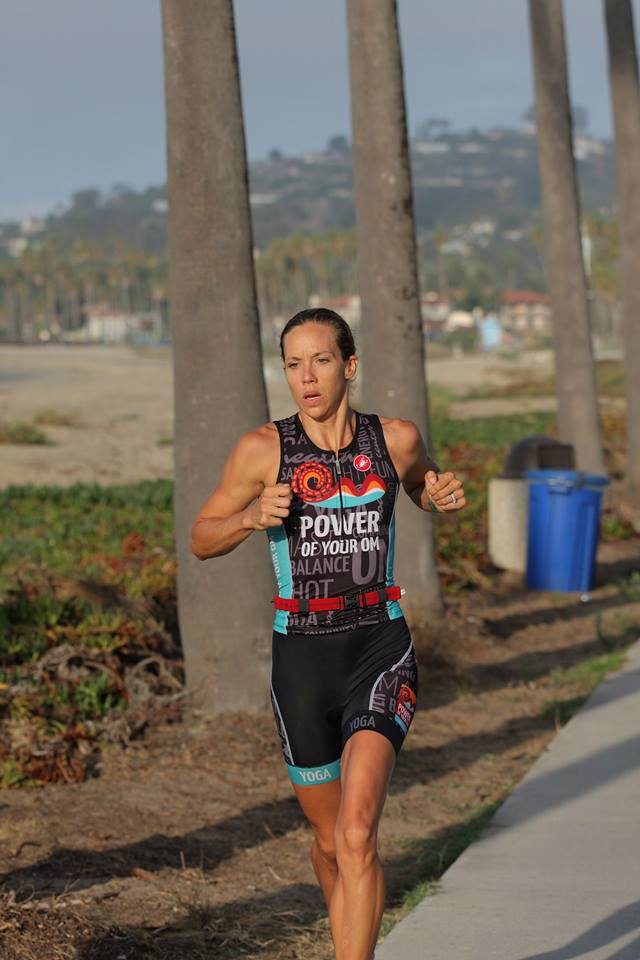 Imagine yourself running up a hill for a training session. As the distance covered gets longer, the intensity gets more intense and our desire to walk increases. What if, instead of focusing on how hard it is, you created more connection with your body as it runs up the hill? Focus on your form, your elbows driving back, your knees driving forward, your feet lifting and landing quickly and lightly while the quality and pace of your inhales and exhales are both acknowledged and respected. You surprise yourself by finishing and going farther than expected while keeping yourself mildly calm.

Create Good Space: Master Your Mind
In yoga, we have a book called The Yoga Sutras of Patanjali. Sutra 2.46 is most commonly translated as “the posture should be stable and comfortable,” but is literally translated as “resolutely abide in good space.” As you perform hill repeats or hold a long warrior two, notice what it is that you are creating. It is your mind that will support you in creating good space in your physical body and vice-versa. Practicing this each time you roll out your yoga mat makes it more likely you are going to tap into your yoga-ninja mindset when you are running up the next hill or crushing your next session on the trainer.

After doing your first triathlon, you probably realized that triathlon became a way of life and you called yourself a triathlete – swimming, biking and running became something you practiced, you currently work on mastering with hopes for great finishes, but more importantly a joy for the practice and learning. Practicing yoga is the same. You aren’t doing it anymore, you are being it. 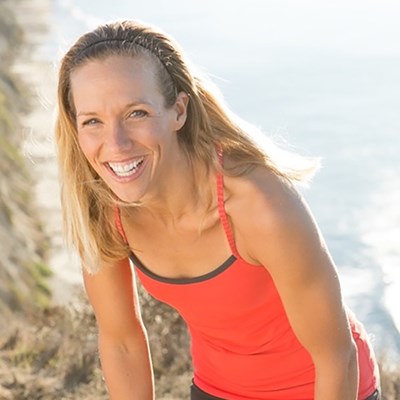 About the Author: Adrienne Smith has been a fierce competitor since she was a little girl—everything from figure skating and circus classes to more recently trying her cards as a professional triathlete for a few years. Now owning and operating Power of Your Om Yoga Studio in Santa Barbara, California, she competes in running races and triathlons recreationally, and spends more time playing around at the beach, walking her dog and practicing more yoga.  Adrienne loves the commitment, discipline and courage necessary for endurance sports, yoga and being an entrepreneur—all require consistent focus on the reality of the present moment to face her fear of failure, the trap of comparison and the life-sucking goal of perfection. They have created several breakdowns, breakthroughs and transformations – inside and out. Studio website:  www.powerofyourom.com