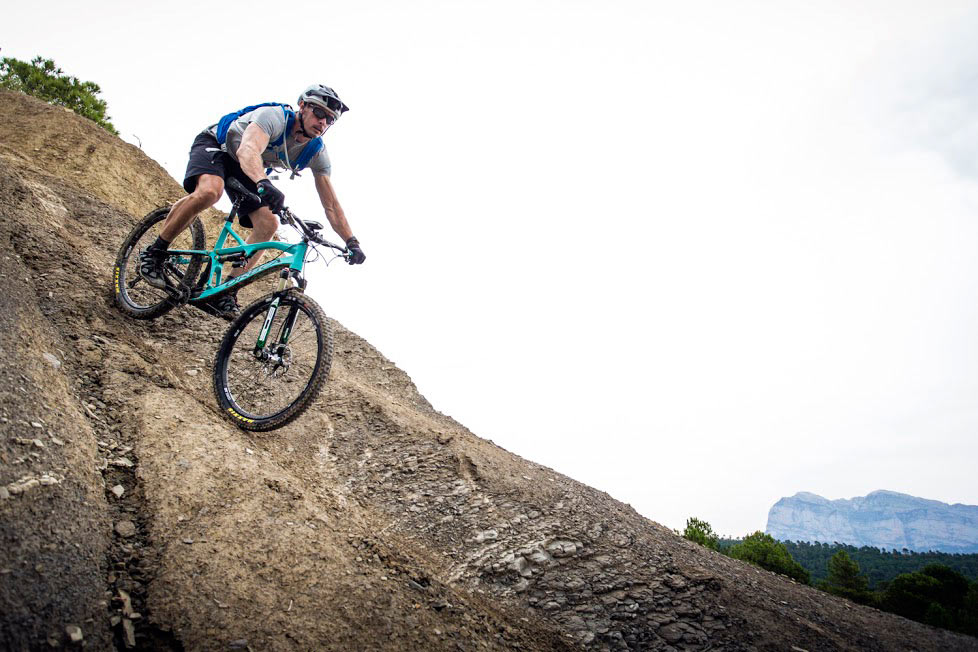 Now that we’ve had ourselves a chance to explore the dipping-your-toe-into-the-mountain-bike-world level of research in our previous post (Mountain Biking for Dummies: The Frame), we can begin to delve into some of the more specific questions and functions of mountain bikes and what those mean for you, the rider, out on the trail. Our first area of exploration will be one of the most critical and amazing components of a mountain bike: its suspension.

Suspension Defined
Suspension is truly a glorious thing; it can turn tragedy to triumph, it can make something out of nothing, it can absorb blows that would likely crush important parts of a rider’s body…in short: it’s amazing. First of all, let’s define suspension, shall we? Suspension is basically a thing on a bike (in our case anyway) by which vibrations are absorbed or dampened, whatever you want to call it. Road going bicycles actually do have a form of suspension that is most often overlooked: the tire and tube. But that’s a whole extra ball of wax that we’ll have to dig out of our ears at another time.

Suspension Varieties
Suspension on a mountain bike basically comes in two forms: fork suspension and rear triangle suspension. A bicycle that ONLY has a suspension fork is most commonly referred to as a “hardtail.” The nomenclature should seem relatively self-explanatory, as a hard rear end means no suspension. As an aside, some people choose to ride trails on mountain bikes that are “fully rigid,” meaning they have no suspension at all. Those brave souls deserve commendation, as they are surely tougher than I am. A bicycle frame that has a suspension fork AND a shock connecting the rear triangle to the main triangle is a full suspension bike, as both wheels are able to travel independently of the frame; although both travel on a pre-determined path, as defined by the suspension system itself. In general, you should also refer to the rear suspension as the shock, and the front suspension as the fork.

But within those two categories there are an absolute and overwhelming multitude of different types of mountain bikes including, but not limited to: rigid, hardtail, enduro, all mountain, trail, downhill, gravel, cyclocross, dirt jumper, fat bike, plus bikes, the list goes on.  Most of those are categorized by their frame, hardtail or full suspension and the frame’s geometry, and by the width of tire they can accommodate (fat bike, plus bike, also called fattie by some manufacturers). 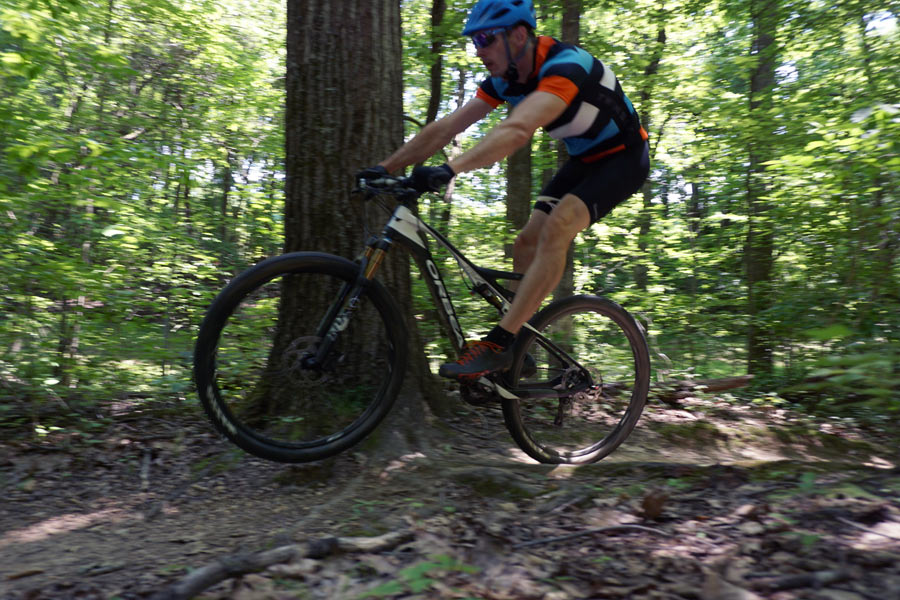 With so many choices, which bike is right for me?
How can you possibly know which bike is the best for you right away? Well, it’s almost impossible.  But if you’re TOTALLY new to mountain biking, the most likely answer is going to be something that’s relatively inexpensive. Most people when they’re getting involved in a new sport or hobby start low, in the sense that their investment is at least initially relatively small. If you fall into that category, you are most likely going to end up with a hardtail as your first mountain bike. It is intuitive that hardtailed bikes are the least expensive to produce, although you can buy some REALLY expensive hardtails, as there are less expenses in making those frames and equipping those complete bikes with parts. Suspension is very expensive. For reference, you can buy suspension forks ranging in price from a bit over a hundred bucks to forks that are about two thousand dollars. That’s JUST the fork, so keep that in mind.

Hardtail vs. Full Suspension
So the tl;dr version of that paragraph was that entry level mountain bikes are generally hardtails, and that’s totally fine. It will be capable of doing most things you want a mountain bike to do and there are only certain areas in which the bike itself will feel out of depth, but I can guarantee you that as the rider you will feel far out of YOUR depth before the bike begins to play a role in that mental game. As you grow more confident, however, you may find yourself wanting to explore areas that you now feel are open to you, if you were on the right equipment. That’s where full suspension bikes come into play.  They can lower the “oh crap” factor as they frequently offer a little wiggle room, so to speak, when it comes to making errors out on the trail. Even a full suspension cross country bike, which is generally saved for courses that are designed to be fast and/or have lots of climbing, can be capable of many more trails and features than a hardtailed cross country bike.

Suspension and its travel
When you start getting higher up the mountain, however, you may find yourself wanting something that can absorb hits on which a puny little cross country bike’s suspension would bottom out.  Bottoming out is what happens when suspension runs the full course of its travel and reaches its mechanical limit. This is not necessarily a bad thing, but it’s not something you want to do over and over to suspension, as the wear and tear on the pistons and seals will shorten its lifespan. As bike’s suspensions get bigger and bigger (as you travel from 90mm XC bikes to 150mm all mountain bikes) the geometry of the frame itself also changes.  A cross country bike is very “road-like” in its position, as the bike is kind of designed around the premise of traveling, well…traveling across country; up the mountain, down the mountain, across the ridge, along the flats, through the valley, and so it goes. It’s designed to go there and do it pretty quickly. As a consequence, the road-like geometry (it’s more upright than a road bike) is most apparent on these bikes. As you move up the travel range, the bikes get shorter horizontally and taller vertically.  Think of it as if you’re sitting in an office chair at a desk with your hands at a keyboard.  With cross country bikes, the chair is a bit higher than the keyboard and your “wheel” is closer to underneath the keyboard (in our hypothetical world). On an all mountain bike the keyboard is higher than the chair and is closer to you and the front wheel is sitting out in front of the keyboard a bit.  The position is far more upright, which aids the rider in managing the bike underneath them and consequently in attempting features that would be far more difficult on a XC bike, where your weight is more forward. 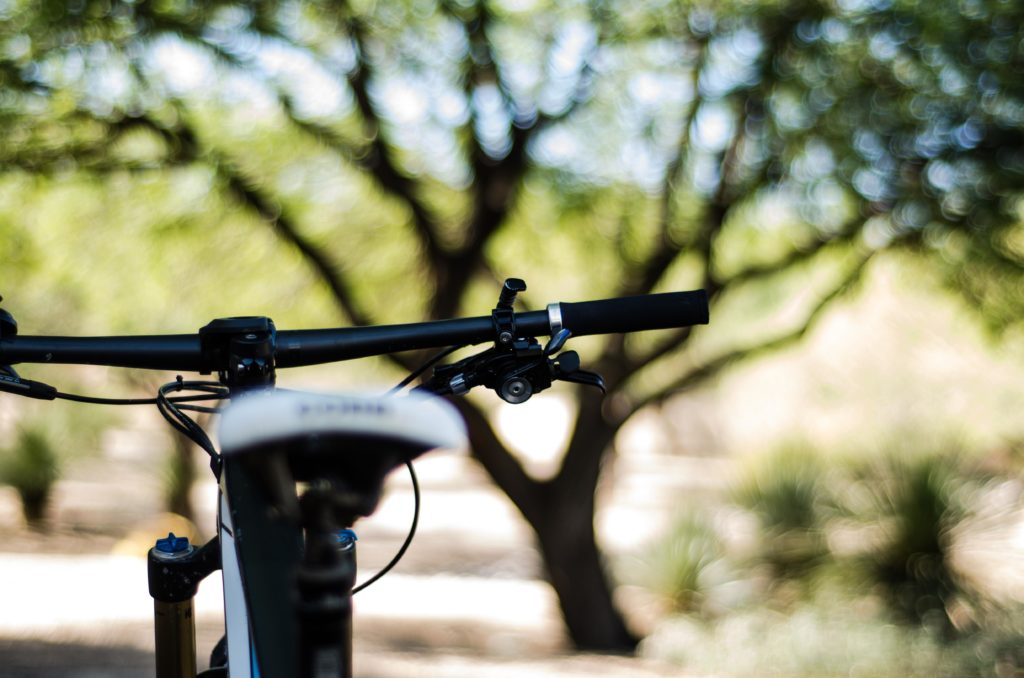 Working your suspension
Further complicating the matter is the way in which you can interact with your suspension. However, none of what I’m about to say would really dictate which TYPE of bike I would buy, so keep that in mind (most of these features are determined by the brand of suspension the bike manufacturer chooses to stock on their bike). Suspension forks and shocks can be regulated by the user in a few ways: you can change the amount of air pressure you pump INTO the fork/shock chambers (using a suspension pump), you can lock out the suspension completely either using a switch mounted on the unit itself (you have to reach down and turn the switch, which can be complicated while riding trails), or a remotely mounted switch (mounted on your handlebars and actuated via a hydraulic or mechanical system, but you basically just flip a switch), or you can adjust the “mode” the suspension is in via a multi-position switch.  For example, some shocks have climb/trail/descend selections, where climb has basically no travel, trail has most of the suspensions travel available to use, and descend has as much squish available as the bike allows. Many riders have their opinions and may say certain systems are better than others, but you are best off deciding for yourself once you have a better idea of how you ride the bike.

Let’s talk about rebound
Suspension also has one other very important way in which you can regulate its behavior beyond setting the pressure and squishiness of the suspension: its rebound. Rebound is how fast the suspension wants to travel back to its normal position. When I first started riding, I thought: “Why would I want to adjust that? I want it to rebound as quickly as possible, right?” No sir. Rebound can dramatically affect the feel of the suspension, and it depends (as I’ve been saying a lot, haven’t I?) on the type of riding you’re going to be doing. Almost inevitably though, no matter what bike I get on (be it my cross country bike or my all mountain bike), I generally slow down the rebound a bit. The bigger the hits my suspension will be absorbing, the slower I want the rebound to be. Think about it: if my 150mm (six inches) of travel is soaked up in one big hit all at once, I don’t want all six inches springing back to its original position as quickly as possible as that will tend to “buck” me off the bike. But, I don’t want the rebound set slow enough to where the hits bottom out the suspension if they come in relatively quick succession.

Don’t forget the seatpost
Phew, had enough?? Well, let’s talk about one more thing that’s sort of suspension related and then we can be done with this little infusion of knowledge. Everyone generally knows what a seatpost is, right? Pretty straightforward. Well, certain mountain bike types, usually all mountain and trail, may come with what is called a dropper seatpost.  Essentially, the seatpost is like a piece of suspension in that it can be manually “dropped” into itself (thereby lowering it temporarily) where it will stay until it is released (usually by a trigger on the handlebar, actuated mechanically by a cable or hydraulically like a brake) and pop back up to its original height. Dropper seatposts are incredibly useful in certain situations, as they get the saddle out of the way so you can move your body around much easier on the bike. If you’re going down a steep downhill it is nice to get behind the saddle and distribute your body’s weight much further back and this becomes significantly easier when you can move your saddle down quite a few inches.

All of these things add together to create a bike that is adaptable to the way you want to ride it. The bigger the suspension (i.e. more travel it has) the more forgiveness you get and the more capable your bike is of absorbing big hits and/or absorbing mistakes you make. 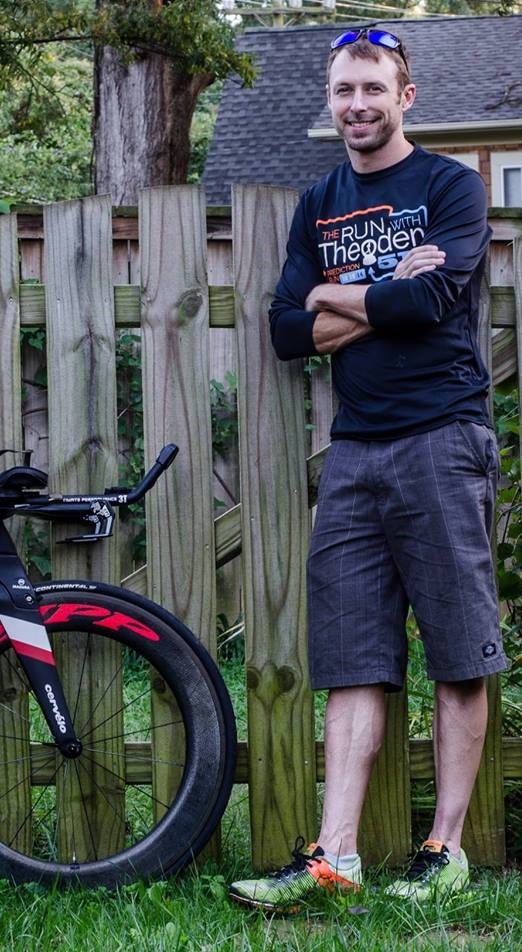