Sodium: What Is It And Why Do I Need It? 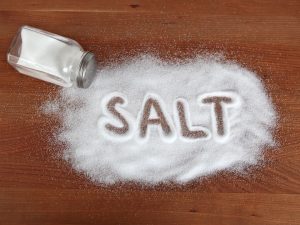 What is Sodium?
Sodium (Na) is a mineral that is vital to our human existence, but is also rarely found in its pure form in nature. The most common form we encounter sodium is that of sodium-chloride, also known as salt. Because of the various chemical properties of sodium (which we won’t get into here), it is very water soluble, which leads us to our next question.

Why do We Need Sodium?
Sodium plays multiple roles in the human body. The first is that it conducts electronic impulses. In other words, it helps your brain send signals to your muscles and other areas of your body so that everything functions like the brain tells it to. You can imagine, then, what would happen to an endurance athlete who has a sodium deficiency and therefore cannot send signals to his muscles as efficiently. 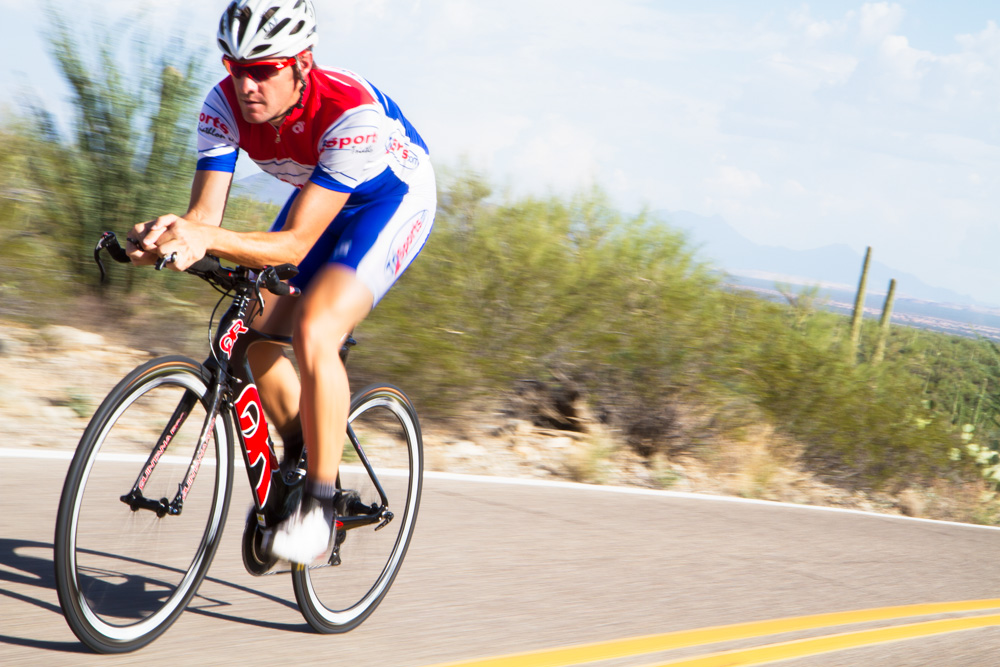 The second major role that sodium plays is that of maintaining the fluid balance and blood volume. This is done through osmosis, which simply means that fluids will travel to areas of lower concentration. That means when there is a high concentration of sodium (and therefore a lower concentration of water) that water will flow in that direction, therefore diluting the area whether it be the blood stream or inside a cell and so on. A reduction of sodium means that the body cannot help regulate itself as easily which leads to a drop in blood volume and consequently an increase in body temperature and decrease in oxygen going to the muscles. Again, something endurance athletes want to avoid.

The other major role of sodium is in the process of digestion. Sodium and glucose are absorbed in the digestive system together, and when molecules of sodium and glucose are transported into the body, they carry with them a large quantity of water. This is why athletes will constantly see so many advertisements for sports drinks that tell them not to simply drink plain water. While the body needs water, it is sodium that helps the body absorb that water much more quickly.

How do we lose it?
The next major concern with sodium is how a person would become low in sodium. Quite simply: sweat. Yes, I know, nothing earth shattering there. We all know that when we sweat we lose fluids and “salt.” The bigger question here is: How much? Now that varies from person to person and can range anywhere 220mg to 1,100mg per liter of sweat, with the average being around 500mg. So what makes the difference? Genetics play a huge role in it, but so does acclimatization to the environment. What it comes down to is that each person needs to figure out what their sweat rate is and how “salty” their sweat is. 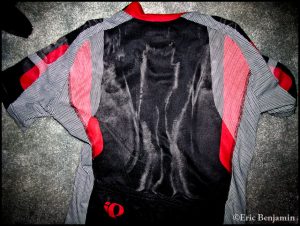 The best way to go about identifying your sweat rate is to test it. Yes, just like you test your fitness periodically, you need to test your sweat rate. The best way to do this is to weigh yourself nude before a workout. Go workout for 60 minutes. Keep track of how much you drink, and then weigh yourself immediately following the workout. For every pound of weight you lose that is one pint (16oz) of fluid. Make sure to add any fluids you consumed to that number and you have your sweat rate in oz/hour (while slightly less accurate, you can do this for 30 minutes and then double the number for your hourly sweat rate). The last piece of the puzzle is to evaluate how “salty” your sweat is. The more white streaks on your clothes, the more sodium you perspire (gross, I know). I recommend doing this test every 4 weeks as the seasons and temperatures change as well as your adaptation to those temperatures. This will give you a good starting point to experiment with replacing the sodium you lose during exercise.

How do we replace sodium?
When it comes to replacing sodium, we need to think about various scenarios and apply what we know to each one.

Day to Day
In day to day life, we will all be fine with just plain, old water to drink. There is really no need to add extra sodium to the average person’s diet. Yes, there are exceptions; there always are. But for most of us, we could probably do with less sodium in our diet, not more. 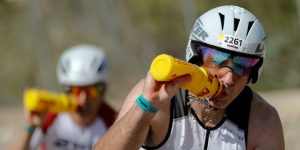 Exercise
For an endurance athlete who loses an average of 500mg of sodium per hour of exercise there are generally two ways to replace lost sodium. The first is drinking a hydration mix, and second is consuming sodium supplements. Either of these is a personal choice and one that only you can make for yourself through some trial and error.

If you plan to use hydration mixes for sodium replacement, there are varieties that also add carbohydrates for energy, such as Infinit Nutrition or the classic Gatorade, and others that stick to straight electrolytes such as Nunn or Skratch Labs. Take a look at the nutrition information to understand how much sodium is in each bottle and see how that compares to what your sodium needs are. Then, do some experimenting with a few brands and go with what works best for you.

To replace sodium using capsules, there is a plethora of supplements such as Saltstick and others to increase sodium levels. These are generally only needed in extremely hot environments such as Kona and other races in locations known for lots of sun, high temperatures, and held in the hotter months. But again, it all comes down to your personal tastes and sodium requirements.

Overall, we know sodium is important, and most of us use a sports drink of some kind. But with a little science and a bit of testing, we can fine-tune our nutrition plan to get the best performance possible come race day.

Got A Weakness? Deal With It!