Everyone Starts Somewhere: An Olympian’s Journey to Tri 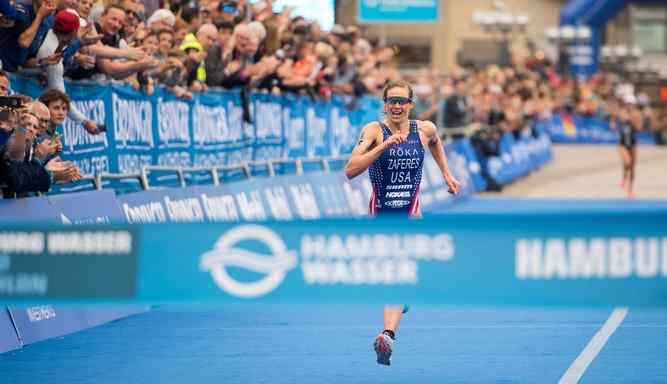 In 2007, right after graduating high school I was recruited to do my very first triathlon…by my dad. It was the South Carroll Tri-to-Win Sprint Triathlon that featured a 400 meter swim (in a pool), 14 mile bike, and 5k run. It was on Father’s Day and though I am one of three daughters- I think I was chosen only by default because one sister was in college and the other sister was too young.

Pre-Race Nerves
I was so nervous going into my first triathlon race. Growing up, I identified mostly as a swimmer, until I picked up running in high school. The only cycling experience I had was riding here and there through my neighborhood. To help with the pre-race jitters, my dad and I rode the course a few days before. Rather than calm my nerves, the hills seemed massive and the bike leg felt like forever. Luckily the race started in a pool, so at least I had one bit of comfort since I came from a swimming background at that point.

From Rookie to Recruitment
I had the slowest transition onto the bike, but improved by the next transition. Then I was off, on my cycling adventure I went. I made it through the bike leg, but had to walk my bike up one of the hills. I went into survival mode for the run. It was no course record, but it was the first step in my triathlon career. It wasn’t until 2011 when I was recruited by the USA Triathlon’s Collegiate Recruitment Program that I began to focus my time and energy on developing as a triathlete.

You have to Start Somewhere
I’ll never forget how nervous I was for that first race. Up until that point, I was a single sport athlete- never putting all three disciplines together. I had no idea what I was doing. However, I did feel reassured for two reasons: 1. I was doing a triathlon just for the fun of it, and 2. The tri was a way to bond with my dad. Fast forward to my first professional debut and draft legal race, when one of my fellow competitors yelled to me during the race, “Katie, what are you doing?!” I responded accordingly, “I have no idea!” It was that moment, as a Pro, I realized despite all the preparation and practice, my first race was still my first race. It was a learning experience, a starting point, and a chance to see what I could do. But it also served to show how much I could improve.

Get Comfortable Being Uncomfortable
The swim took some getting used to because I was used to swimming in a single lane. Now I was learning to swim with other people. I had to get comfortable getting whacked and jostled in the water and all the while needing to look for tiny little buoys to follow. To help deal with so many people in the water, my focus was to embrace it and learn to get comfortable being bumped in the first leg. That meant going to the pool with friends and swimming side by side in a less than courteous manner. When it came race time, the swim preparation helped; the contact with others didn’t seem so overwhelming and I could relax and stay focused. 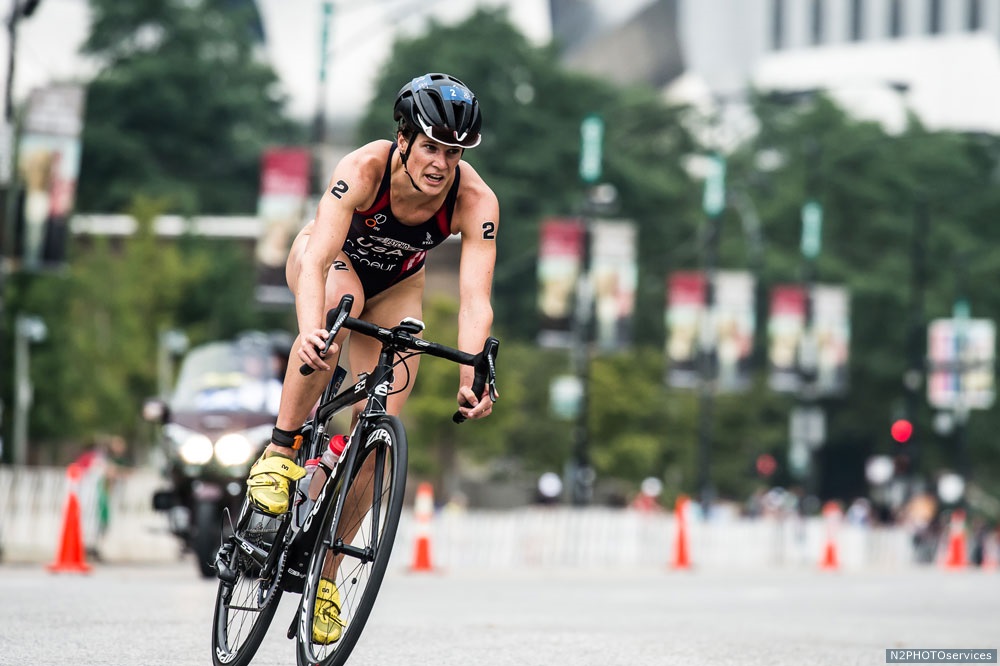 Face Your Fears and Your Weaknesses
The bike was the scariest part for me and the most unfamiliar territory. I didn’t understand how to shift and was constantly trying to remember which side would make it harder and which shifter would make it easier. During one of my first Pro races, I was trudging up a hill on the bike and a guy rode past me calling out, “You have more gears to use!” I knew I had more gears, however, I didn’t want to chance that I would shift the wrong way and make it harder when I was going up a steep hill. On the downhills, I was and continue to be very wary. It takes time and practice to build confidence in your cycling and bike handling skills. Even now, I still practice my bike skills in grass fields and parking lots. I also join local group rides to get more comfortable riding with other people.

Learn from Mistakes
Running off the bike is never easy, but it does get better the more you do it. One of my first tris, I felt like my legs were still pedaling during the run; not a very good feeling. Even now, there are some races where I just feel like, “Crap, this is going to be a long race.” A pre-race check of all your gear is a good idea. I always recommend checking your shoes before a race, too. Why? Well, learn from my mistakes. I once had to complete a whole run with my hotel card key under my foot because I had forgotten that I decided to store the key in my shoe. Another tip, get familiar with the course ahead of time, a new recommendation of mine. Why? Because just last month I accidentally turned too soon on the run and had to go back to go around the cone, costing me ten seconds during a sprint.

Better with Time
My races have gotten better with time and I make fewer avoidable mistakes, but there are plenty of things I still struggle with even now. I look at each day as an opportunity to get better whether it be at a race or practice. If I fail or don’t perform as well as I would like, I don’t get down on myself. Rather, I take time to reflect on where I can improve. I let it go to get ready for my next opportunity to practice and develop that skill. 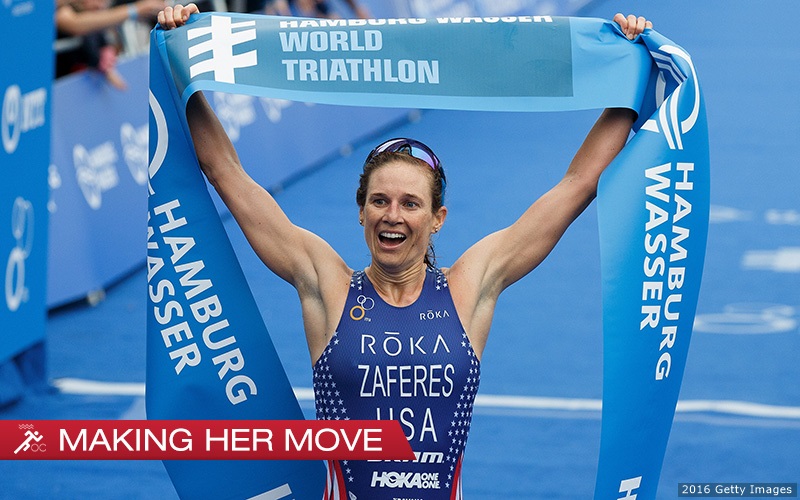 Focus On All You Can Do
One of my favorite things about triathlon is that there are always opportunities to get better and areas to improve. In some ways this can be overwhelming, but I think it helps take the pressure off each race. There will never be a perfect race and luckily in triathlon, if you make a mistake there is time to make up for it, so I try not to get too frazzled. I’ve found that the mental side of triathlon can often be more challenging than the physical. What helps me is to just “do me.” I’m the most proud of myself and my performances when I race like me and focus on myself. I am not concerned about the other competitors, what they are doing, what equipment they have, or what they look like. I am confident in my preparation and focus on my strengths. Come race day, there’s not much you can do about your weaknesses. Here’s my best piece of advice: Rather than freaking out about what you can’t do, think about all you CAN do!

It Takes a Village
What has helped me the most during my tri career is the amazing triathlon community and the people I surround myself with. There is no way I would have been able to make the progress that I have made without plenty of helping hands. When I began training for triathlon, I met and connected with a variety of athletes with whom I could swim, ride, and run with. I was fortunate to get a coach who helped me develop my swim, bike, and run skills as well as the transitions. I’ve learned from my teammates, family, friends, and other community members. We’re always learning and advancing our knowledge in the sport, so take advantage of the vast tri community out there. Reach out to your local triathlon club for help if you’re new to the sport.

And Remember…
Always remember why you’re doing multisport. Don’t be afraid to make mistakes because everyone makes them at every level. Most importantly, don’t forget to have fun. Embrace the uncomfortable and look at each session, training block, and race as a chance to improve and be great. You don’t have to be great to start, but you have to start to be great.

About the Author: Katie Zaferes has competed in the Rio Olympics, finished on 8 WTS podiums, won her first WTS race in Hamburg, and finished in the Top 5 of the World Triathlon Series in 2015 and 2016. Zaferes is training through another Olympic cycle in the hopes of competing in Tokyo 2020 and plans to begin dabbling in half distance races and longer. She is originally from Hampstead, Maryland and now resides in Santa Cruz, California. To learn more about Zaferes, visit her website here, follow her on Facebook and Instagram.