When late season racing hits you

Not if, but when

Wanting something is not enough. You must hunger for it. Your motivation must be
absolutely compelling in order to overcome the obstacles that will invariably come your way.
Les Brown
***

The initial intent of this article was to focus on keeping motivation high when athlete’s face late-season races. Using catchy phrases, pithy statements, and “fancy-schmancy” word combo’s my hope was to keep the reader engaged – all the while the author, (me), artfully and elegantly display a limitless supply of encouragement, positive attitude, and reasons why I never burn out, drag, or feel discouraged from entering the last lap of a long season.

A few frustrating starts to composing it (article), I concluded it was the absolute incorrect approach.
It’s not how to avoid late season burn out, but what to do when it happens.
Initially, I thought this was going to be sooooo easy to write.
It is…and, it isn’t.
***

Loss of motivation or ‘burn out’ is actually a pretty wide-ranging topic. Seems like it wouldn’t or even shouldn’t be—right?? Talking with athletes over the years both as a coach and competitor, similar thoughts and feelings are always present. I was told a while ago there are two kinds of cyclists —those that crash, and those that are going to. In multi-sport, it’s much
the same.
Attitudes thin as long seasons progress whittling our focus. No matter who you are, or how long you’ve been in the game—It is coming. For a day, a week, whatever, burn out’s creeping is never ceasing. Using a full range of weapons, tactics, lack of rest, pressure, identity locked into performance — the list goes on, the late season ghost of burn out’s desire to haunt our house is always present.

I’ve had this conversation with myself at the start of many a season after a coach warned me of burning hot and fast, only to flame out before my goals were reached. “Eh…I’ll be fine-I love this! sport!! If I get burnt out or feel something change..I’ll just pick my chin up, smile and keep pushing…it’ll be easy”.

Is sport something we love to do right? We Spend money, time, energy, focus,
desire, sanity…name it, and as a season stretches on the possibility of burnout increases. At its core? Loss of motivation. The possibility of it grabbing us increases when various situations converge and occur at the same time. As athletes, the body’s break down physically can often push minds to wander, resulting in loss of our ability to stay focused through bumpier roads, especially late in a season.
Tough sessions grow tougher, the bed warmer in the mornings, pizza looks really, really…really good. The __________ that was so easy to sacrifice in early training has been pushed off far too long. In addition, many athletes are winding down—those w/ late season races are forced to get better at governing approach. Ensuring the basics (nutrition, rest, time management) are stable. The details of training – the boring, the tedious, the 4:30 am swims get annoying.
What was once easy and resulted in instant positive vibes are now slow, and decrease.
***

How to fend off a drop in motivation? Common points of interest in most articles and discussions say similar things. Eat right, have a calendar and stick to it, reflect on previous training and races to build for the future, have a cause/something to focus on when things get tough, forget about past disappointing performances….you get it. All good, but I will focus a bit elsewhere. I don’t want to cross signals here- This will not touch about reacting/overtraining when fatigue sets in with a loss of motivation. (article for another time) I see this with athletes making every session hard(er) b/c fear of ‘burn out’ happens as a rebound to fight the failing feeling of missed goals digs in. I really try to help athletes grow aware of times to hurt during preparation for events, and, a time
not to. Knowing the difference is a matter of experience, outlook, and perspective.

Once you dread, dislike, or even hate the fact that you have to train it may be too late.
So… To help with keeping a sharp focus for late-season surges this article will have 3 points that have helped me.

Some things you just ‘have to do’.
Be a robot. Don’t waiver.
The less you have to think about __________, the better at success you are.
Remove the ‘decision fatigue’ of choice with the obvious. I will not waste time fighting with myself when I have to get up early to train. I just won’t. It stresses me out, so, I’ve decided to act like a robot here.
Just.
get.
up.
computing…..
Sounds super easy-right?
That’s because it is. So do it.
If you avoid being responsible the night before an early morning session-get up anyway, You will self correct eventually – You have to.
Let the Robot take over and just – do.

I will not eat cookies. I won’t fight with my self, it’s too tiring — going back and forth trying to justify why, when, how I can eat this, (or that, or whatever) so, I robot this;

Does that make sense? One of the bricks in the foundation in dealing w/ late
season loss of motivation is keeping and reminding ourselves — focus on what
was easy at the start of the year. By the middle, it’s a pattern, by the end its a habit.

Just be a robot and do it. You become a stronger athletic human. Pick one
struggle, start small, enter the data in the CPU, and engage. Avoid the compromise of the major & continue to do the minor late in the season.

Keep a record, Journal, or visit your bank account statements and ask your
self…Can I zero focus for a few more days, weeks, months, to justify the sacrifice so far? If you have to use money as a motivator—do it. Athletes invest a lot of money in this sport. It’s true right? Look at what you have spent.
IT.
ADDS.
UP.
I’m crazy about trying to not overspend as an athlete. So, when I consider hard earned money spent on multisport it really helps me stay focused and in return I avoid burnout. Return on my investment. It just makes it easier to keep my mind looking forward. Feeling lazy, unmotivated, the edges getting crispy b/c burn out is knocking…Look at the hard numbers of what you have put into your goal. It changes perspective.

Much like funds, time stings even more. It sears actually, and as motivating as money is, time triples it. Nothing motivates more than the time I invest and how to cash in, not just for me, but My family, who are a group of robots, cutting spending and donating time; for me.

We athletes, facing the truth here, really have no room in our schedule for late season burnout. Those who give as much, (if not more) won’t allow us/me to do it in the first place. Another common theme in research I did avoiding or dealing with this; a support system. In place, with bumpers on either side to keep me going down the lane. (again-another article)

Late season races involve those in your life, under the same roof, as much as they do the athlete. This is by far the greatest motivator for me. Make their sacrifice your reason to NOT LOOSE FOCUS.
I know that seems quite obvious-but, it’s not easy. Consider the effort to
maneuver workouts around family functions, work, and weekends at the start of the season. By the end it’s not so easy.
compute.
add up.
time.
***

I know there are so many different angles, approaches, theories, philosophies, and feelings toward this topic. My encouragement to you is to try these three small things the next time you feel spent. Engage as a robot. Remove the thoughts or feelings and just – go. Take stock in the resources you have invested in both financially and even more precious time.
Stay on target.
Get to the line.
Finish. 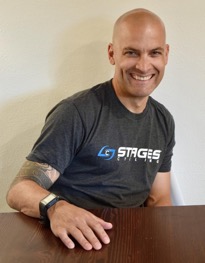 Christian Isakson is a Multi-Sport endurance athlete and coach for Life Sport Coaching living in Portland, Oregon. He has raced competitively for 12 years and is currently riding for Stages Cycling as he prepares for his return to the Ultraman World Championships. Find out more about him at www.christianisakson.com.

How to Prepare for a Race, Like a Project Manager